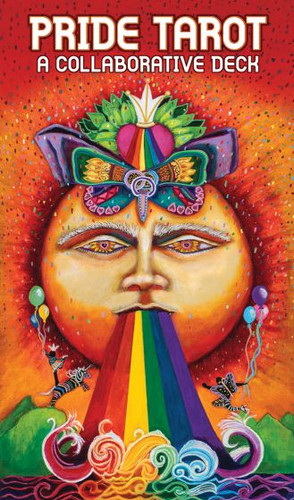 Pride Tarot is a collaborative 78-card tarot deck inspired by Pridefest and the achievements of the LGBTQ+ movement. U.S. Games Systems created this deck to show its support for the LGBTQ+ community and to showcase the creative talents of LGBTQ+ members and allies. Pride Tarot features 45 diverse artists from around the globe who share their poignant and powerful stories.

Pride Tarot follows the structure of the Rider-Waite-Smith Tarot, with some cards portraying real-life heroes, role models, and personal experiences. The deck includes a 192-page illustrated guidebook with card descriptions, artists’ bios, and instructions for a Parade Card Spread. The deck consists of an extra Pride Flag Rainbow card, which can use as a six-card reading.

Amber and Moss Candle 4" Soy Candle by Cord and Iron