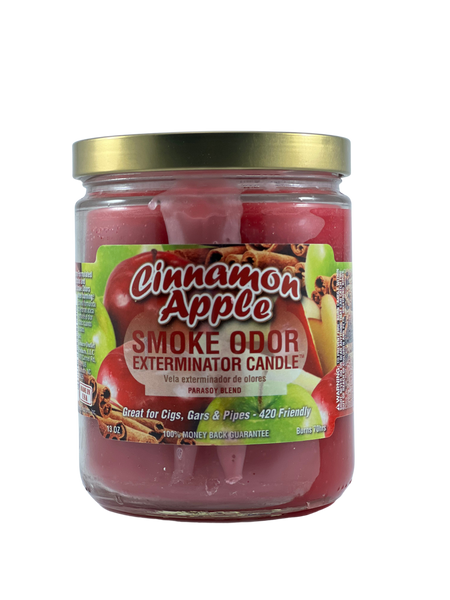 The Odor Exterminator Cinnamon Deodorizing Candle fills your home with fall freshness instead of unsavory odors. This unique candle uses powerful enzymes to attack and neutralize unpleasant smells instead of just masking them. The smell of spicy cinnamon will make you feel like it's fall all year long. With an estimated burn time of 70 hours, this long-lasting candle will keep your home free of unwanted odors.

Never leave candles unattended, be careful with children and pets.